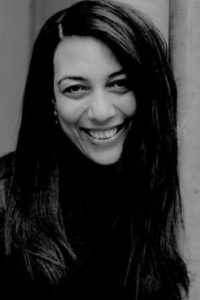 HBO subsequently bought and broadcast the film. She won best Screenplay at the Indian Cine Film Festival for her film SCARLET.

She is also a recipient of the John Brabourne Award, 2017.

Annetta is using this award to write the feature film of AFRO PUNK GIRL.